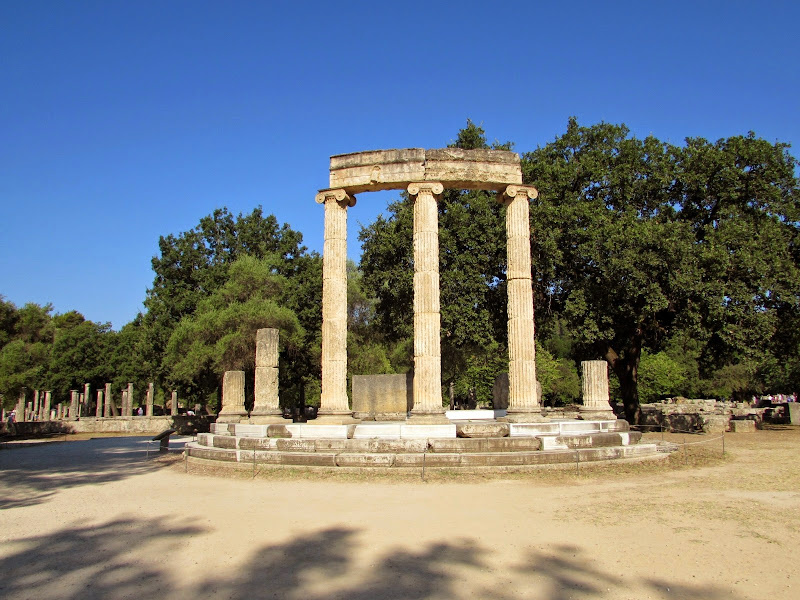 Among the most fascinating ruins you can still make out the impressive Temple of Zeus, with a restored column that allows you to imagine the original size of the monument; the Temple of Hera, undoubtedly the best preserved monument of Olympia with its Doric columns and of course the famous stadium, the place where the races were held and which could accommodate 45,000 spectators.

Very interesting is the visit to archaeological museum, which is about 200 meters from the ruins. Besides showing a model of the ancient city rebuilt, inside you can see the reconstruction of the two pediments of the Temple of Zeus, with impressive sculptures and marble statue of ' Hermes of Praxiteles, considered a masterpiece of classical sculpture. 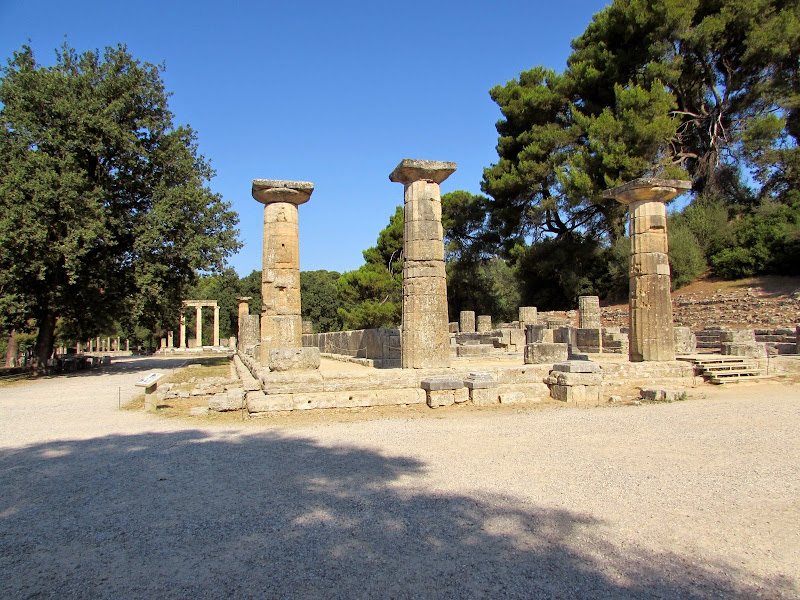 Combined Entrance fee to the museum and the archaeological site is € 12 (free for children under 18 years, as for all archaeological sites in Greece). Summer hours: 8-19,30
In Olympia modern town I can suggest you an excellent 4 star at very low cost price: HOTEL EUROPA OLYMPIA


Book your hotel with  BOOKING.COM  from here with the best rates guaranteed

Back to Peloponnese Homepage